The Housatonic River is an important resource that needs to be protected and fully utilized. It is an important economic driver that is attractive to businesses and those that enjoy outdoor recreation and education. Thank you to the many volunteers that help keep this important New Milford asset protected, celebrated and in the forefront.

In the recent weeks of this year’s Mayoral campaign fear mongering is running rampant. There have been many posts and comments on social media claiming a dire future for the John Pettibone Building if I am elected. They range from “It will be immediately closed and the town offices thrown out in the street” to “there is a developer in the wings to whom it has been promised”. These are absolutely false! Let's set the record straight so there will be no misunderstanding of my position.

I am NOT against the John Pettibone Community Center/Municipal building. I AM against the way it has been executed and funded.

In 2015 control of the property was turned over to the town from the Board of Education. The Town Council agreed the future of the building should be a unified and bi-partisan vision. On October 26, 2015 the Council voted unanimously, 9-0, to form the John Pettibone School Facilities Committee of 15 members. Democrat and Republican alike saw this was too important for politics. In addition, it was agreed to wait until the new mayor was sworn in to seat this committee.
Unfortunately, this is where the goodwill and bi partisanship ended.

Upon taking office Mayor Gronbach never appointed anyone and disbanded the committee. The unanimous agreement of both Democrats and Republicans that the future of Pettibone should be bi-partisan was cast aside. He stated emphatically that he didn't believe in committees and said ”I am the committee”. Since this statement the building/ project has been shrouded in secrecy, the town charter and correct procedures have been usurped. It is this approach I am 100% against.

When elected Mayor I will reinstate the Pettibone committee. A Committee of not 15 members but of 25 members, a cross section of our town. All parties will be represented and have a voice. I will ask that the committee be given the charge to hold public hearings and LISTEN to the will of the people. The future of the Community Center/ Municipal Building is too large for one person. I believe that the best and brightest future for this project can only come from this approach. After all, who better to entrust the future of the Community Center/ building to but the community?

Veterans are the pillars of our nation and our town. Thank you for the freedom many take for granted. Next time you see a vet, say thank you!

Let's Pull Together and Push Hate Out of New Milford!

I went to Thompson's Restaurant with my wife Tammy to show support and denounce the hateful remarks painted on their restaurant. Putting Politics aside on this issue, I stand with Mayor Gronbach in denouncing this hideous act and all hateful actions, words and deeds.
The People from New Milford and beyond answered this hateful act with community pride, as we always do, by coming together. Within 15-20 minutes the remarks were cleaned off the restaurant by the community of people that were there. Thank You! If you get a chance, stop by Thompson's Restaurant, order in, or take out. Show the person or persons that did this despicable act that the community and the Thompson's will not only continue to move forward, but thrive. 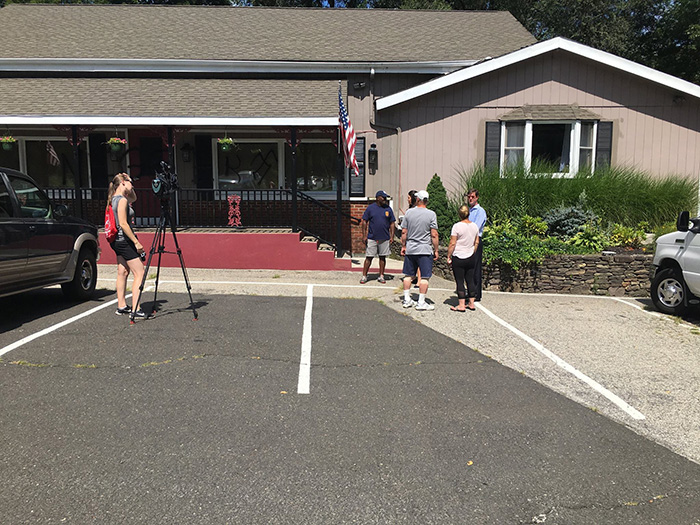 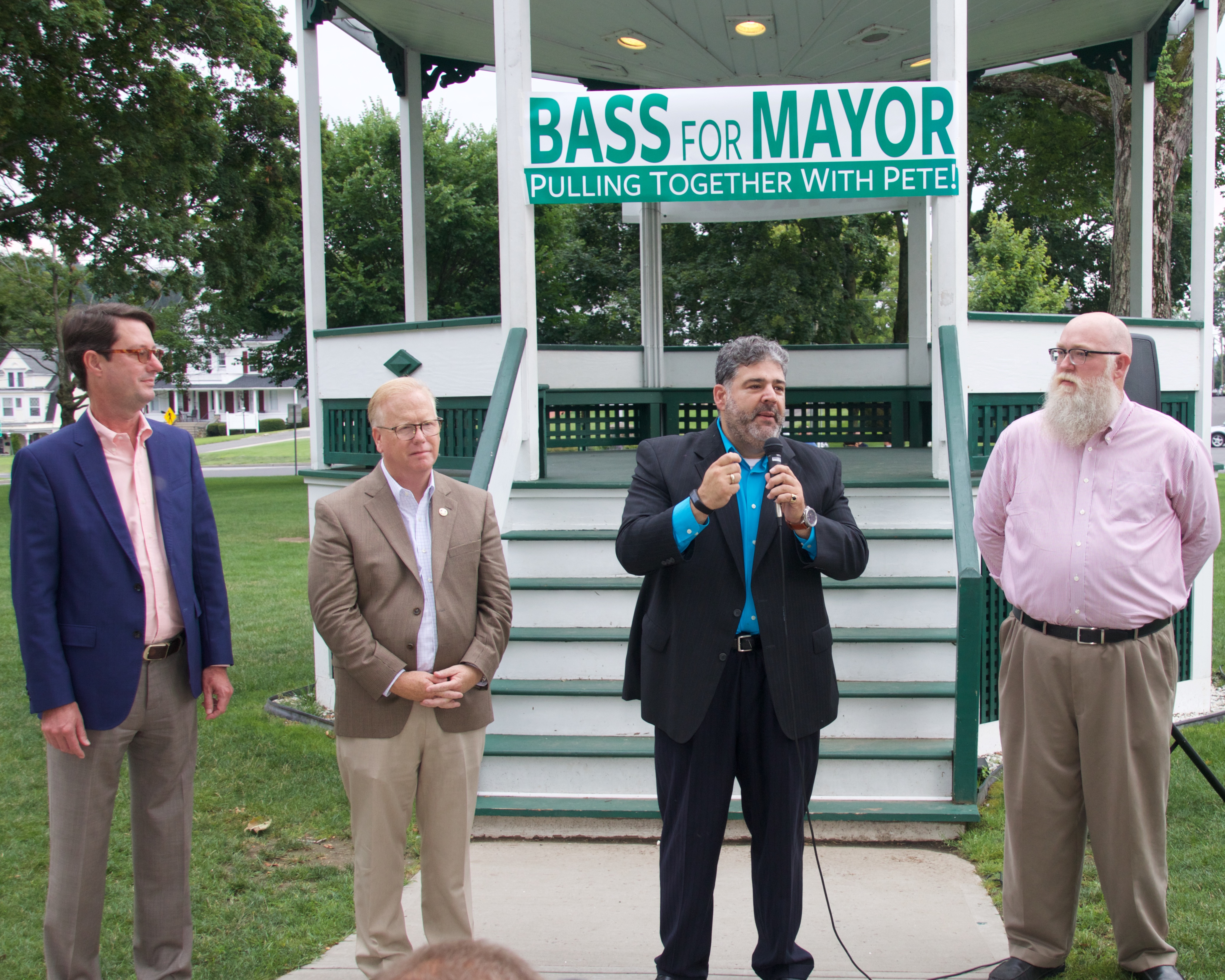 From the News Times, July 12 Edition:

Bass, 55, has been on the Town Council for 15 years and pledged an “open-door” positive campaign to the some 50 town residents gathered on the town green to hear the announcement.

Atop his Town Council seat, Bass has chaired the Republican Town Committee and is a mortgage loan officer in Brookfield.

The town Republican and Democratic parties have until July 25 to nominate for mayor, and both parties’ town chairs said they will do so at upcoming caucuses. Republicans are slated to nominate on July 19, Democrats on July 20.

Republican Town Chair Mike Barnes said Bass is good candidate, but the party won’t make a decision until the 19th.